Show one finger, than show two fingers and so on up to five.
Show which of your finger is the shortest and which one is the longest?
How many yellow circles do you see on the pictures? May you show it by fingers? Now count the red circles and show them by fingers too. What kind of circles are more?

How many blue circles do you see on the pictures? May you show it by fingers? Now count the red circles and show them by fingers too. What kind of circles are more?

How many white circles do you see on the pictures? And now count the red circles. In addition show it by fingers too. What kind of circles are more: red, white, yellow? Your granny has baked cookies like little man with buttons. How many yellow buttons and how many blue buttons. May you count them and tell the digits. Show them by your fingers. 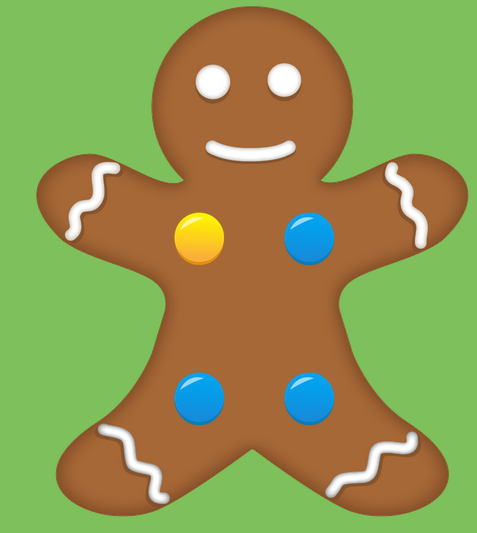 And now count various buttons on this little man. How many red and how many blue buttons? Tell us the digits and show them by fingers.. 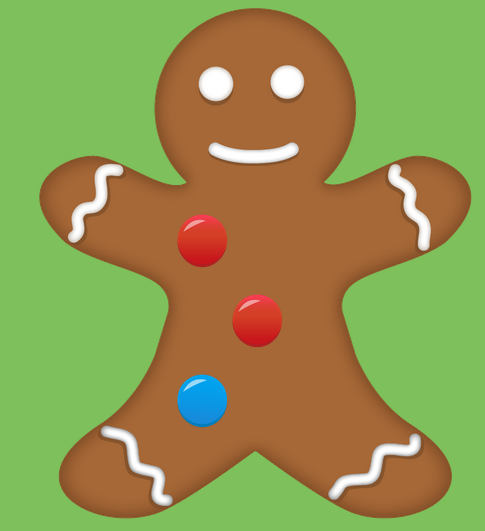 Count how many buttons granny has put there. Count aloud. Name theirs colors. А hen laid two eggs. Granny take one and boiled it for breakfast. How many eggs are left?

On the other day a hen laid three eggs. But mouse took two eggs. How many eggs are left?

Mary planted and grew up some flowers. She presented one flower yesterday. How many flowers has Mary now? 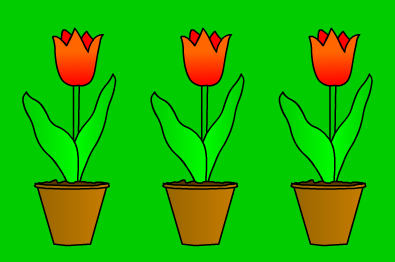 Look at the both pictures attentively and answer the questions. 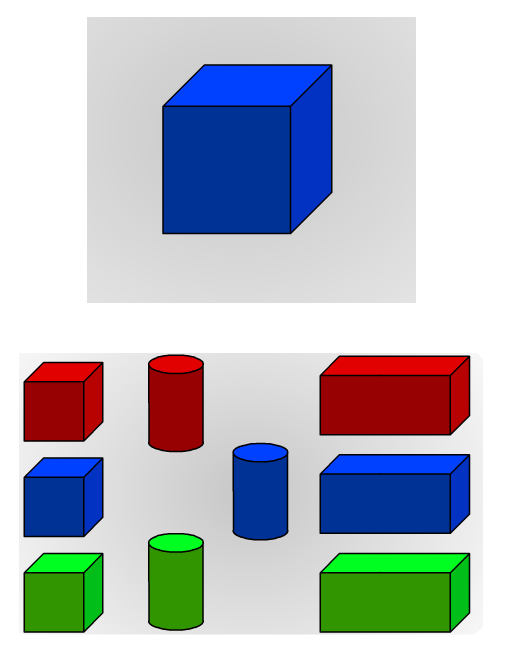 Find the figures on the lower picture, which are look like the upper figure. Count the figures, which has the same color. Name the color.

Look at the both pictures and answer. Which figure on the right look like the figure on the left? What kind of colors do you see? Name all of them. Count the quantity of cubes of one figure. Show this digit by fingers.

How many cubes do you see on the pictures? Tell us the colors of thes cubes 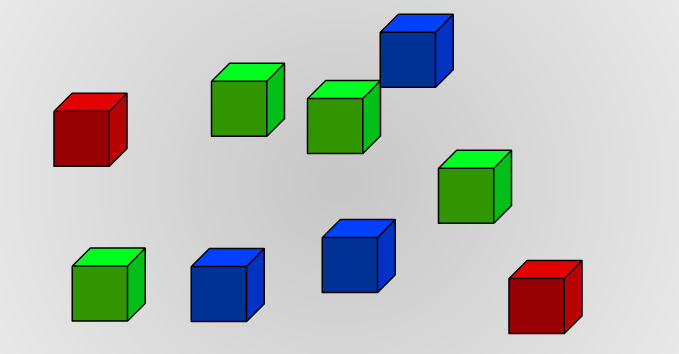 Look at the picture and name the color of cubes.

Nick has one pencil. He was presented 2 pencils at the birthday. How many pencils has Nick now? Name the digit and show it by finger..

Mary has two pencils. Her mum gave her another two pencils. How many pencils has Mary now? Tell the digit and show it by fingers.

Which of these shapes is a circle? Name it's color.

Name these shapes and colors.

Paint the shapes: circle in red, triangle in yellow and rectangle in blue.

Paint the same shapes in the same colors. Point at the same sahpes by color, by shape, by size.

Traice the shapes and continue the row. 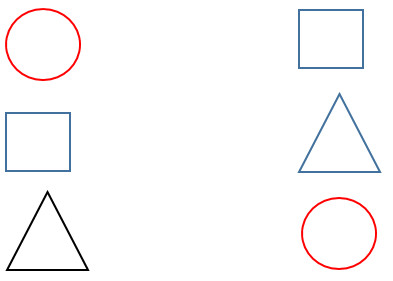 Since we started in Russia in 2012, Maths School has been the preferred destination for toys, essentials and educational products for babies and children. Our online store will help you with that. Come visit us to enjoy hassle-free shopping 24/7 and check out the latest arrivals or browse our fun stuff.

See what you get as a membmer: